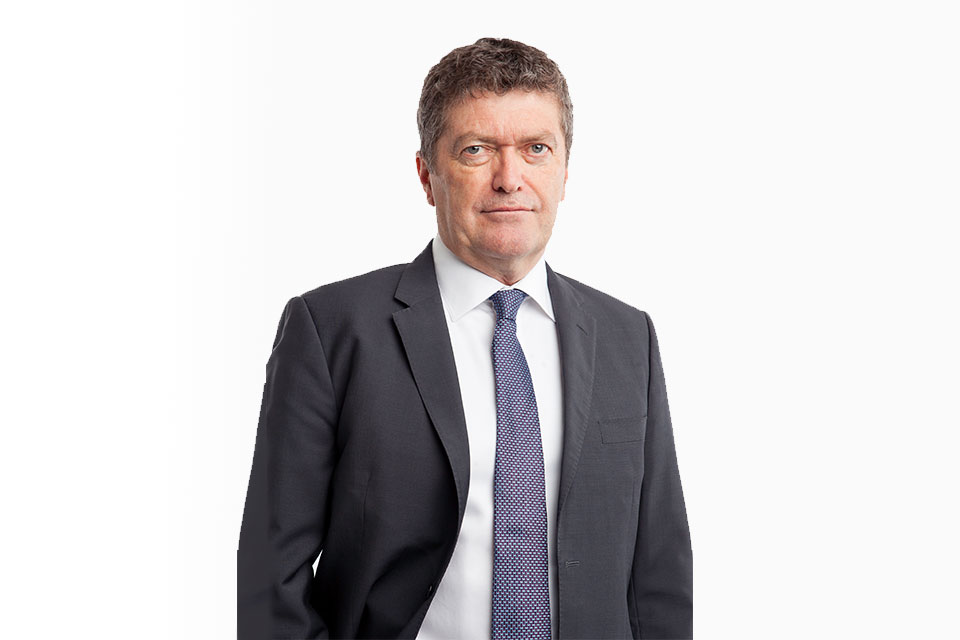 Gary is a co-founder of AGI and was its Chief Operating Officer from inception in 1996 to December 2010 at which time he became CEO until he retired at the end of 2015. He remains on the Board of Directors and previously provided advisory services through his company, Salthammer Inc. He entered the agricultural equipment manufacturing sector in 1978 with Fairford Steel Buildings of Moose Jaw, Saskatchewan. He served eight years on the executive of Agricultural Manufacturers of Canada (“AMC”), including Board Chair, and recently he served as the inaugural Chair of AMC’s Manitoba Provincial Advisory Committee. He also served as a Director on the inaugural Board of the Grain Elevator and Processing Society Foundation, based in Minneapolis, Minnesota. In August 2017. Gary was appointed to the Board of Directors of Clean Seed Capital Group Ltd., a TSX Venture Exchange listed agricultural equipment company, and in 2018 was appointed President. In March 2019, Gary was inducted into the Manitoba Chapter of the Canadian Manufacturers & Exporters Hall of Fame. Gary holds a Bachelor of Commerce degree from the University of Saskatchewan. 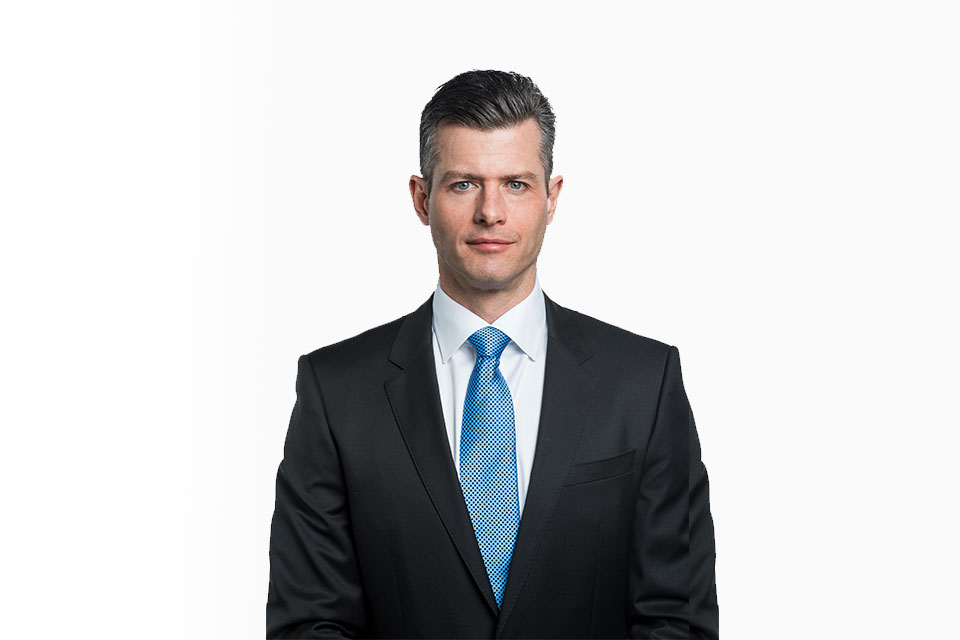 Tim has been the President and Chief Executive Officer of AGI since 2016. Tim joined AGI in 2012 as Vice-President, Strategic Development, and was promoted to President in March 2015. Tim is an experienced financial and corporate advisor with significant expertise related to Agri-business, business development, capital raising and, mergers and acquisitions. Tim spent time at Macquarie Capital Markets and GE Capital prior to joining AGI. Tim holds a Bachelor of Business from Wilfrid Laurier University and holds a Chartered Financial Analyst designation. 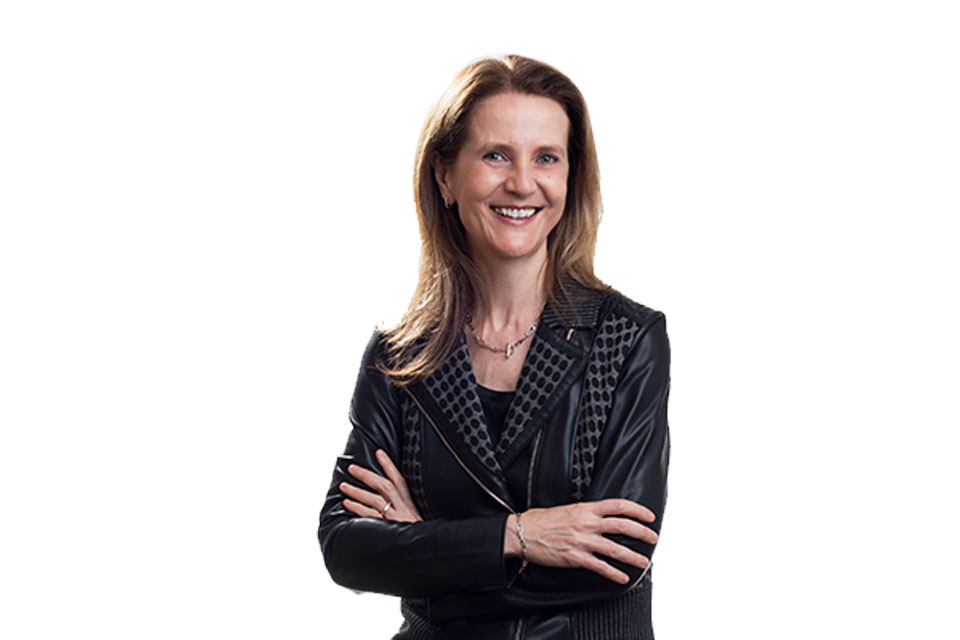 Since 2018, Anne has been a Strategic Consultant with Windjammer Capital Investors, a middle-market private equity firm, where she is a member of the Board of Directors of two of Windjammer’s portfolio companies; she also provides strategic consulting advice to Windjammer as well as operational services to its portfolio companies. Prior to Windjammer, Anne was Group President of Standex International Corporation’s (NYSE: SXI) Food Service Equipment business with operations in the U.S., Mexico and Europe. Before that, from 2002 to 2014, Anne held four successive positions at Danaher Corporation, a global science and technology innovator (NYSE: DHR), as President of increasingly complex operating companies with locations in the Americas, Europe, Australia and Asia. During her Danaher tenure, she leveraged the Danaher Business System to drive sustainable results, to develop talent, and to integrate several adjacent acquisitions. Before joining Danaher, she held various technical, marketing & sales management positions for manufacturing companies in both the U.S. and Europe. Anne received her MBA from Babson College in Wellesley, Massachusetts and her BSEE and MSEE degrees from the Catholic University of Louvain (KU Leuven) in Belgium. 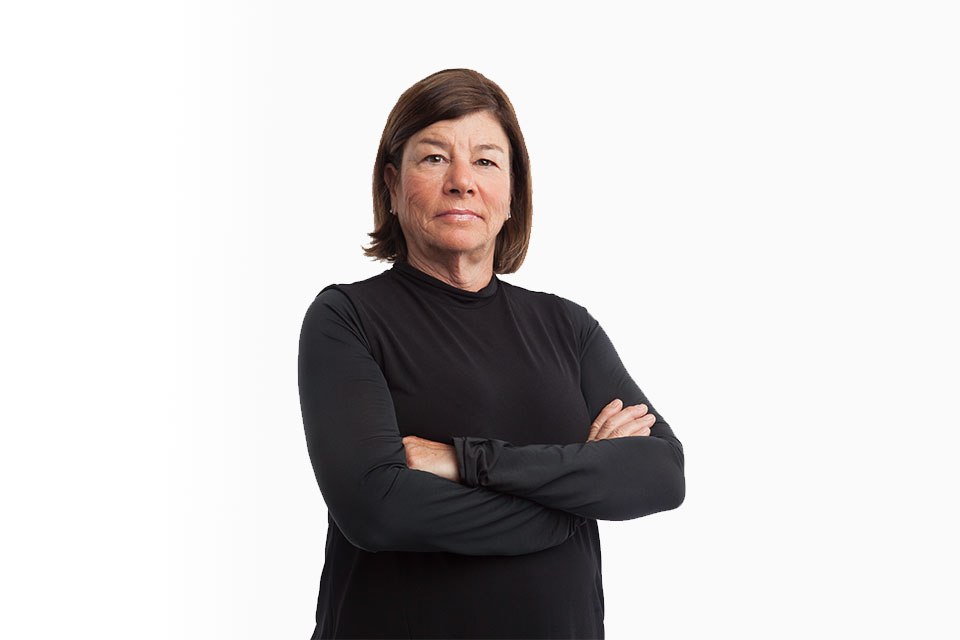 Janet is a corporate director at Omnova Solutions Inc. (a public Ohio based specialty chemicals and engineered surfaces company), where she serves as Chair of the Compensation Committee. She is also a director at Twin Disc, Incorporated (a public Wisconsin based marine and heavy duty, off highway power transmission equipment company), where she is Chair of the Compensation and Executive Development Committee and is also a member of both the Audit and Nominating and Governance committees. She is also a director of McCain Foods Limited (a private New Brunswick based frozen food, produce and transportation company) and serves as Chair of its Safety and Sustainability Committee and as a member of its Audit and Compensation & Management committees. Janet has over 30 years of U.S. and international agriculture, energy and specialty and commodity chemicals industry experience, having led businesses in the United States, Europe, Latin America, the Middle East and Asia. From 2001 to 2010, Janet held numerous senior leadership positions with The Dow Chemical Company ("Dow") including President and General Manager of Dow Oil & Gas, Vice President, Dow AgroSciences, and Vice President, Dow Latex (Switzerland). Before joining Dow, Ms. Giesselman held various leadership positions in marketing and strategic planning with the Rohm & Haas Company, a specialty and performance materials company. Janet holds a B.Sc., Biology from Pennsylvania State University and a Masters in Plant Pathology from the University of Florida. 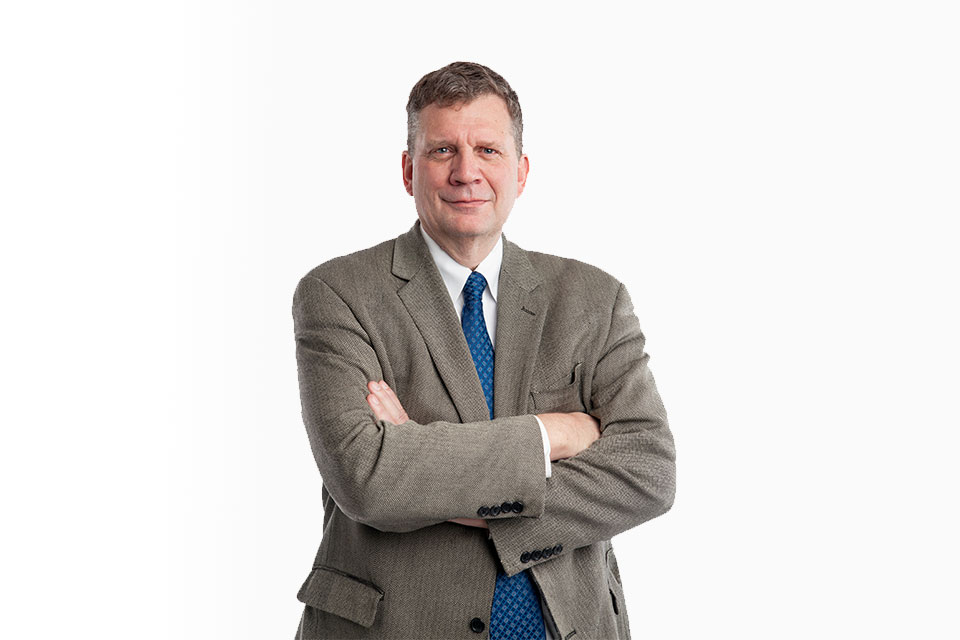 Bill retired as a Special Partner of Birch Hill Equity Partners Management Inc. in 2010. He has over 22 years of experience in the private equity and merchant banking industries and ten years’ experience in consulting engineering. From 1989 to 2005 he was a Managing Director at TD Capital and its successor Birch Hill. During this period, he was responsible for many of the firm’s partnership investments. Bill holds an MBA from York University and a BS in Electrical Engineering from the Massachusetts Institute of Technology. 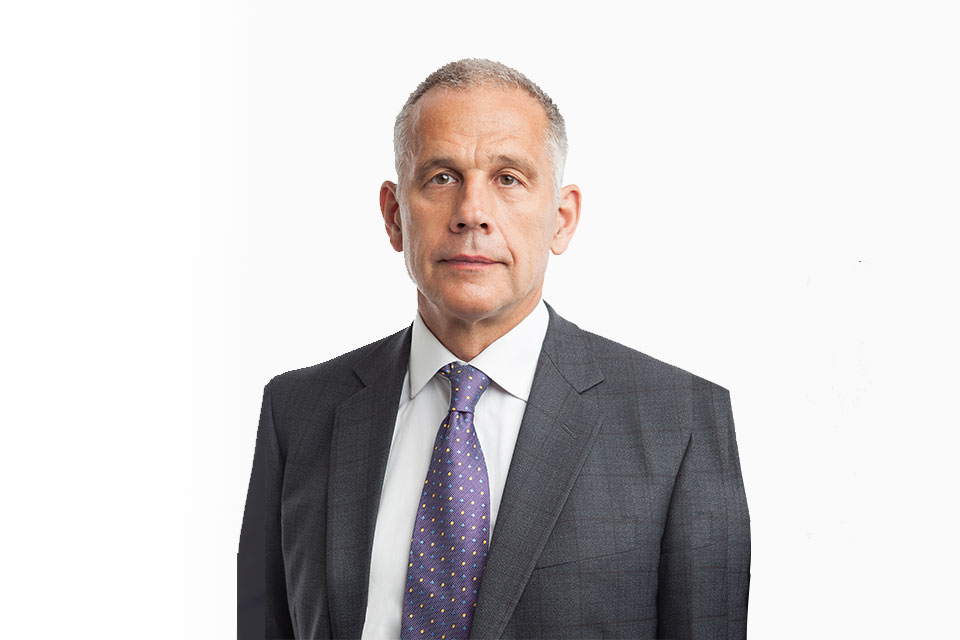 Bill is a partner at Burnet, Duckworth & Palmer LLP with over 30 years of experience in securities and corporate law including capital markets, mergers and acquisitions, corporate governance, corporate strategy and shareholder activism and with extensive industry experience in the natural resources, manufacturing and agricultural sectors. Bill has served on numerous public and private company boards and currently also serves on the Board of Rogers Sugar Ltd. Bill holds a Bachelor of Laws degree from the University of Toronto.

Mac is the Executive Vice President – Operations and Chief Operating Officer of Twin Disc, Incorporated (a public Wisconsin based marine and heavy duty, off highway power transmission equipment company) and is an experienced executive with over 35 years of diverse industry experience. Mac is the retired President and Chief Executive Officer of Gehl Company, a manufacturer and distributor of construction and agricultural equipment. In his 11 years with Gehl Company, Mac held a series of senior positions including President since 2003 and culminating with his appointment as Chief Executive Officer in 2009. Mac is also the former President and Chief Executive Officer of Digi-Star Investments LLC, a provider of specialized monitoring and electronic control systems for precision agriculture. Mac serves on the board of directors of FreightCar America, Inc. (a public Illinois based railroad car manufacturing company), where he is a member of the Compensation and Nominating and Governance committees. Mac holds a B.S., International Business, from American University and an M.B.A. from the J. L. Kellogg Graduate School of Management-Northwestern University. 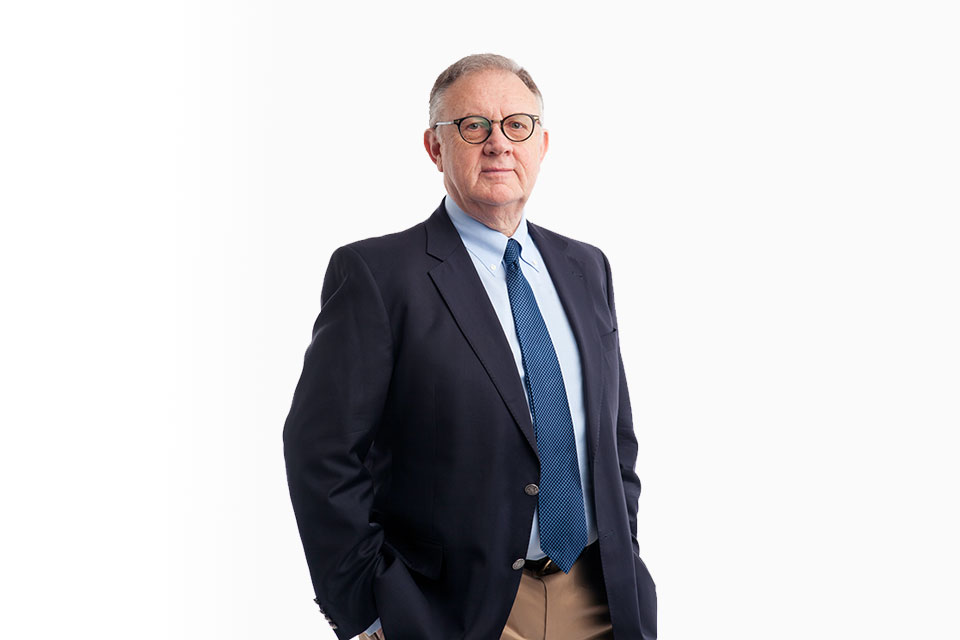 David is currently the General Partner of First Call Services LLC, a private holding company and advisory firm. David has held a number of senior financial and operating positions with John Labatt Limited, Lawson Mardon Group Inc., and Laidlaw Inc., and most recently was Chief Executive Officer of TransCare Inc., a medical transportation company, and President and Chief Operating Officer of Student Transportation of America, formerly a TSX listed company. In 2018 he was appointed to the Board of Avicanna Inc., a Canadian biopharmaceutical corporation focused on plant-derived cannabinoid-based products, where he serves as Chair of its Audit Committee. David has been a Canadian Chartered Accountant since 1978. He holds a BA from the University of Western Ontario, an MBA from the University of Toronto and in 2013 received the ICD.D designation from the Institute of Corporate Directors.

Effective May 5, 2016, AGI’s Board of Directors acts under the following policies and procedures:

We’ve received your inquiry. Your question and comments are greatly appreciated. An AGI representative will respond within 3 business days.

Thank you for subscribing to our newsletter!